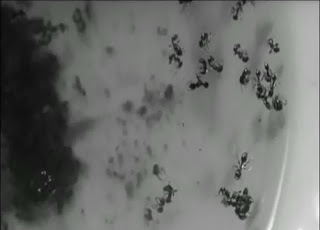 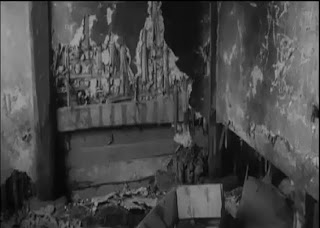 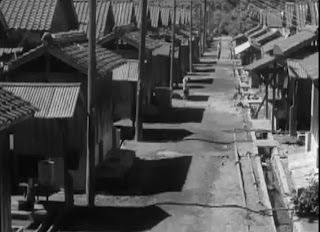 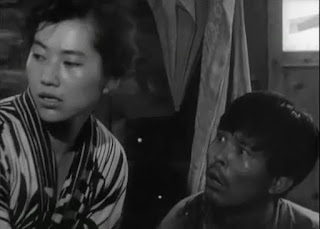 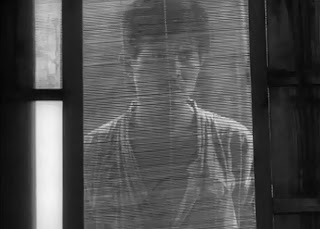 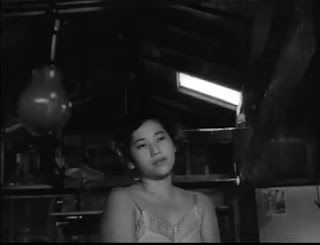 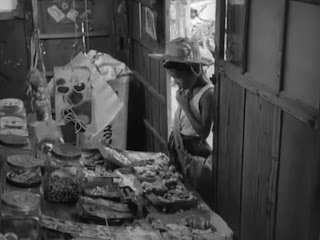 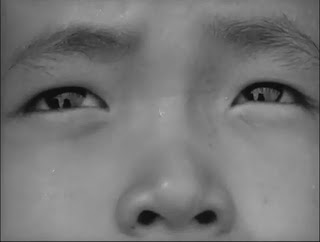 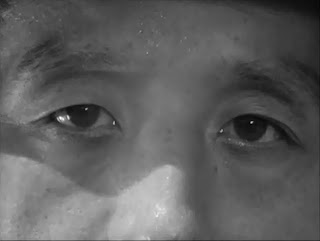 ENGLISH SUMMARY
The movie “Otoshiana” has been directed by Hiroshi Teshigawara in 1962. The movie has been produced by Tadashi Oono. The screenplay has been written by Kobo Abe, the music composed by Toru Takemitsu. Cinematography by Hiroshi Segawa. A film by Toho Films. Cast: Hisashi Igawa, Sumie Sasaki, Sen Yano, Hideo Kanze, Kunie Tanaka, Kei Sato, Kazuo Miyahara. “Otoshiana” was filmed in Kyushu and at the Sogetsu Art Centre in Tokyo. A deserting miner and his boy arrive in a deserted town for a job. This is a trap. The miner will be murdered apparently without reason by a man in a white suit. The boy will witness this and the events following, in silence. Other characters will die as well, leaving the killer in a white suit and the little boy as the only survivors. We explained in the first chapter the narrative and the background of the movie, in the second chapter we discussed the form, the tangible and intangible, the emptiness and the too-lateness, and the ineffable, the impossibility to express emptiness or too-lateness, with words deserting the body, and with these we created a path form-words-meaning towards the third chapter, which came instead of conclusion.